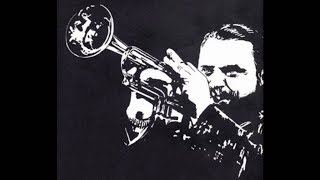 Music to my soul!!! ❤️✨
Al Hirt had a great trumpet sound, have loved this tune since it was new.
He was one of the best! There were so many good trumpet players no doubt. I think Al Hirt & Harry James were the two best!

Have fun and enjoy!

Alois Maxwell "Al" Hirt (November 7, 1922 – April 27, 1999) was an American trumpeter and bandleader. He is best remembered for his million-selling recordings of "Java" and the accompanying album Honey in the Horn (1963), and for the theme music to The Green Hornet. His nicknames included "Jumbo" and "The Round Mound of Sound". Colin Escott, an author of musician biographies, wrote that RCA Victor Records, for which Hirt had recorded most of his best-selling recordings and for which he had spent much of his professional recording career, had dubbed him with another moniker: "The King." Hirt was inducted into The Louisiana Music Hall of Fame in November 2009.

"Java" is an instrumental adaptation from a 1958 LP of piano compositions, The Wild Sounds of New Orleans, by Tousan, also known as New Orleans producer/songwriter Allen Toussaint. As was the case of the rest of Toussaint's LP, "Java" was composed at the studio, primarily by Toussaint.

The first charting version was done by Floyd Cramer in 1962. His version fell just short of the U.S. Top 40.

In 1963, trumpet player Al Hirt recorded the instrumental, and the track was the first single from his album Honey in the Horn. It was Hirt's first and biggest hit on the US pop charts, reaching number four on the Billboard Hot 100 on March 7, 1964 and spending four weeks at number one on the easy listening chart in early 1964. The song was also featured on his greatest hits album, The Best of Al Hirt. Hirt released a live version on his 1965 album, Live at Carnegie Hall. He also recorded the song with Arthur Fiedler and the Boston Pops for the RCA Red Seal album Pops Goes the Trumpet (Holiday for Brass) in 1964.

Hirt's recording won the Grammy Award for Best Performance by an Orchestra or Instrumentalist with Orchestra in 1964.

The same recording was used as the closing theme for Vision On, a British children's television programme, shown on BBC1 from 1964 to 1976. (Was that not Bert Kaempfert's version?)

The Soviet gymnast Olga Korbut performed her gold medal-winning floor routine at the 1972 Summer Olympics in Munich to a live piano version condensed to about 1 minute 9 seconds.

The Muppet Show featured "Java" at the beginning of episode 22, where it was danced to by two creatures. The bigger creature constantly knocked the smaller away. At the end of the song, the small creature blasted the bigger one away. The Muppets performed "Java" on the November 27, 1966 edition of The Ed Sullivan Show.

The Angels released a vocal version in 1965 as the B-side to the song "Little Beatle Boy".

The Beautiful South covered it in 1994, releasing it as a B-side to "One Last Love Song". Despite being a band with three vocalists, this was an instrumental version. They also performed the track live, often ending gigs with it, with the vocalists playing handheld percussion instruments or bouncing round the stage on giant space hoppers.

Please, subscribe to my channel! So I can unlock more options!

If you'd like to support me, I would really appreciate it!
Thank you very much!