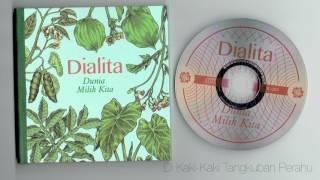 Dialita (an abbreviation of "Di Atas Lima Puluh Tahun" or Above 50 Years Old) choir members choose to tell their stories by singing, and together, co-initiate social change, co-constructing new meanings of health and resilience. In working with the women who bear the mark of the 1965/1966 communist purge in Indonesia, we have been humbled by their resolve in telling their stories.

When Uchi started to talk about her painful past, tears dropped from her eyes. At that moment, one of us interviewing her thought that Uchi was a fragile woman, whose life was destroyed by the unbearable trauma and indescribable stigma she had suffered. This was incorrect. With a voice full of hope, Uchi said that singing healed her trauma. Together with the other members of the Dialita choir, Uchi challenged the stigma that had torn her life apart for more than 50 years.

Dialita is a choir that is made up of women whose parents, relatives and friends were captured, tortured and exiled during the 1965/1966 communist purge in Indonesia. In their late sixties, the members of Dialita co-initiate social change through singing performances. Their performances challenge the dominant style of communicating about 1965 and co-create alternative narratives filled with melodious dialogues and joyful hope for the future. This communicative approach is in contrast to the sufferings they have experienced since the purge that wiped out their family members and took away their freedom and dignity. Through their voices, singing has improved their health.