Milow - Howling At The Moon 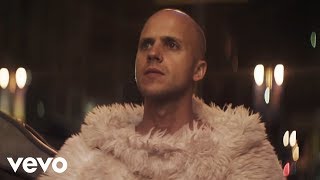 If you welcome change, you can truly grow.

Milow recognized this while making his fifth full-length album, Modern Heart. Climbing
uncharted creative peaks, he naturally progressed and embraced a host of unexpected,
yet completely apropos and inspiring influences.

“In terms of what I wanted to do, I saw things very clearly,” he affirms. “It’s such an
eclectic time, and I realized any limitations I had regarding my music came from me and
not the audience. So, I decided to dive in headfirst and expand my horizons and styles. I
wanted to infuse elements of house music and alternative R&B and hip-hop production
into my world with the acoustic guitar adding color. It was the most liberating thing. I
knew as long as I stayed true to my instincts for melodies, lyrics, stories, and the way I
sing, it would sound like me.”

“Howling at the Moon” was the last song written and recorded for new album Modern
Heart. “At the end of the summer of 2015, I felt like the album was missing something.
That’s when I wrote it. “Howling at the Moon” gives the album a little more light, which I
felt it needed. It just came to me. I wrote the music in Belgium, and finished the lyrics in
L.A. It’s super simple, but it’s so much fun to sing. The producers add a touch of Europe.
That rounds out the listening experience. It’s funny because most of these guys making
tropical house are from countries like Norway, Germany or The Netherlands where it
rains a lot. You can tell they’re just dreaming of palm trees and the sun.”