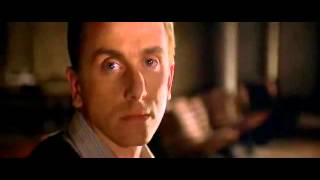 This love music is a piano interlude from the soundtrack of the movie "The Legend of 1900" starring Tim Roth. This short, simple piano piece is one of the most tender, moving piano music featured in a movie love scene. Aside from the piano playing, the scene is played out emotionally, purely through the various facial expressions of the performers.

The film "The Legend of 1900" stars Tim Roth, Pruitt Taylor Vince, and Mélanie Thierry in the lead roles. The story is told as a series of flashbacks. It is about the story of 1900, who was found abandoned in a box as a baby, on the ocean-going trans-Atlantic SS Virginian, and likely the son of poor immigrants from steerage. Danny, a ship-bound coal-man at the vessel's boiler room, is determined to keep and raise the abandoned baby boy he found as his own. He names the boy Danny Boodman T. D. Lemon 1900 (a combination of his own name, the year he was born and an advertisement found on the box) and hides him from the ship's officers.

During the early years of 1900's life, Danny is killed in an accident in the boiler room, and 1900 is forced to survive aboard the Virginian as an orphan. For many years, he travels back and forth across the Atlantic, keeping a low profile and apparently learning the languages spoken by the immigrants in Third Class.

As a boy, 1900 shows an extraordinary gift for music: He is a musical child prodigy, who can easily and quickly pick up a melody and play it beautifully on the piano. He eventually joins the ship's orchestra as its pianist when he (Tim Roth) grows up. At this point, 1900 befriends Max (Pruitt Taylor Vince), a trumpeter musician who joins the ship's orchestra, but 1900 never leaves the vessel. Apparently, the outside world is too "big" for his imagination at this point. But he stays current with outside musical trends as passengers explain to him a new music trend or style, and he immediately picks it up and starts playing it for them.

1900's reputation as a pianist becomes so renowned that Jelly Roll Morton, of New Orleans jazz fame, on hearing of 1900's skill comes aboard to challenge him to a piano duel. The duel ensues with 1900 winning to the wild adulation of the passengers and crew.

A record producer, having heard of 1900's music talent, brings a prototype recording apparatus aboard and cuts a demo record of a 1900 original piano composition (Playing Love). The music is played and recorded by 1900 as he gazes through the ship's porthole windows at a young woman (Mélanie Thierry) passenger. 1900 is awed by her attractiveness, and he is smitten with love for her. When 1900 hears the recording, he takes the master, offended at the prospect of anyone hearing his music without him playing it live. He then tries to give the master to the attractive woman who inspired him, but he is unable to and breaks the matrix into pieces.

1900 makes an attempt to leave the ship and try living on land; however, he changes his mind and ends up staying on board the vessel throughout the subsequent war time years and even after when the ship is eventually retired from its ocean sailing trips. Earlier, Max had left the ship's orchestra and disembarked, at which point 1900 and he made their farewells to each other.

The ship is decommissioned and is scheduled to be exploded and sunk at sea. Through the decommissioning and the scuttling of the vessel, 1900 successfully hides and continues living deep inside the ship's hull. Max learns about the ship's fate-to-be, and he makes drastic efforts to locate 1900 inside the ship, to save him by drawing him out of the ship. He succeeds in finding 1900, only to learn that 1900 is determined to die with the ship, the only home and world he has ever known. Max fails to convince 1900 to leave the ship. Inevitably, the Virginian is blown up at sea and sinks with 1900 still aboard.

Max feels utterly frustrated, useless and empty inside, over his inability or failure to save his friend, 1900. But in the end, he finds some hope to continue living on, encouraged only by the memory of 1900's life story -- a "good story... worth more than an old trumpet."

"The Legend of 1900" is a 1998 Italian drama film directed by Giuseppe Tornatore. It was Tornatore's first English-language film. The film was inspired by a theater monologue, "Novecento," by Alessandro Baricco. The film was nominated for a variety of awards worldwide, winning several mainly for its soundtrack. More information is available at Wikipedia: http://en.wikipedia.org/wiki/The_Legend_of_1900.

Search YouTube for the movie's online postings. Critically acclaimed, the film is worth watching (and viewing again and again) for its distinctly unique story, superb camera work, excellent direction, beautiful music, and for Tim Roth's BRILLIANT performance as the lovable and wonderful 1900.

In the meantime, listen to the hauntingly exquisite and sweetly sublime piano music "Playing Love."