PrettyLights - We Must Go On - HD 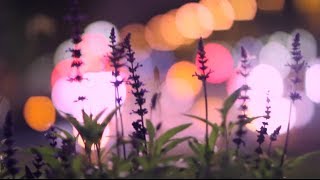 The track is reminiscent of an earlier PL style, a classic soulful hip-hop style.
The music video was created by Derek Vincent Smith (Pretty Lights) and his girlfriend Krystle Blackburn (PLM's creative Director).
While the two of them traveled together all over the world during 2011, they filmed as much as their schedule allowed. Locations included in the video include Detroit, Warsaw, Oslo, NYC, Vancouver, London, Paris, Prague, Australia, New Zealand, Denver and many more.
The aim with the video was to accomplish multiple things:
1 - Create a visual accompaniment for the music that added depth and complexity to the emotions being channeled by the music and lyrics... Rather than tell a story, communicate a range of feelings and open ended ideas.
2 - Create a piece of art that speaks to the name "Pretty Lights" The name was originally intended to capture the essence of inspiration and speak to the nature of the artistic eye, so this video combines captivating imagery with beautiful lights in an organic and creative manner.
3- To accomplish the first two things in a way that captures the attention of the viewer and does not let go. The element of precise synchronicity combined with quickly and creatively edited shots brings the video and music together in a way that unites the two like never before.
It truly is one piece of art.

The track was produced by Pretty Lights and was released as a single on Jan. 26th 2012.

In case you can not understand the lyrics completely, they are:

"Times will get bad, and the whole wide world, will come down on you.... You must go on."

This song and video can be downloaded for free at http://www.prettylightsmusic.com
...as well as all other Pretty Lights albums and singles.

Pretty Lights - Press Pause - A Color Map of the Sun

A Fine Way to Die