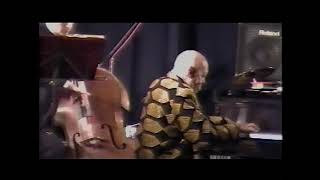 This video footage of Donald Walbridge Shirley is some of the only known live concert footage in existence. This virtuoso musician remained somewhat of an enigma during his career, due to the fact he could not or would not be categorized. He is the subject of the highly anticipated film GREEN BOOK starring Mahershala Ali and Viggo Mortensen. The film was written by Nick Vallelonga, Brian Hayes Currie, and Peter Farrelly who also directed the film.

My father and his Canadian vocal quartet were fortunate to have met him in New York city during the 50's - his hay-day, playing in concert halls and clubs for celebrities like Marilyn Monroe and Jimmy Durante. Don helped my Dad's group The Gamsmen get auditions with record labels and industry heavyweights. He and Don remained good friends for 60 years, up until his death in 2013. Here is a news story about their friendship; https://www.youtube.com/watch?v=uF9zsNlAP5k

In 2001, we were privileged to attend a benefit concert in Detroit MI. in support of The Brazeal Dennard Chorale in which Dr. Shirley was featured. We drove down for London Ontario for the gala dinner/concert and had a wonderful private reunion with Don afterwards in his dressing room. Special mention to my brother Joel and his 8mm video camera (apologies for the poor quality). I had broadcast equipment available, but Don was very hesitant to do something on a larger scale. Luckily we have this footage we can share with the public. I have the full concert and other backstage footage that will be uploaded in the near future.

This content is under copyright and cannot be duplicated, broadcast or published without the owner's express written permission.

A new documentary trailer on the life of Dr. Donald Shirley has just been released. Directed by Josef Astor.( Lost Bohemia ) https://www.youtube.com/watch?v=DY69eoacdLg&t=16s