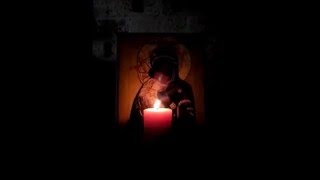 Tonight, we are going to church with one of Australia's finest choirs, the choir of Christ Church St. Laurence in Sydney.

The choir is shortly to depart for Europe, where they will be the Choir-in-Residence at St Pauls Cathedral in London for the last week of January.

They will also be singing a high mass at Notre Dame de Paris. (It doesn't come much better than that.)

Tonight is the final Sunday in the Christian season of Advent, a period of reflection leading up to Christmas, and we are going to join the choir and congregation of Christ Church St Laurence for an Advent Service of Lessons and Carols.

The service is also rather special for many of us here at the ABC, as Christ Church was the home church of a former Executive Producer of Religious Programs at ABC Radio, Ronald Nichols, who passed away a few days before this service was recorded. So this recording is dedicated to him.

Advent actually acknowledges two events, one is in remembrance of the birth of Jesus around 4 BCE. The other looks forward to the promised second coming of Christ and the Kingdom of God.

This service of carols and readings leads us through the bible from the ancient prophetic texts through to the stories surrounding the birth of Jesus.

Your guide for the service is our own Noel Debien.

Music in this episode: