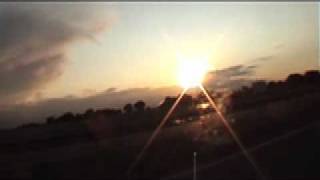 Adrenalin - Road Of The Gypsy, The music video from Blood & Straw "CrossRoads".
A fantastic tune that opens film up after the opening credits. The song was so fitting as it was about struggling to make it, This was the first film by Twit Twoo Films to enjoy commercial success, and although a sequel in the Blood & Straw saga it was by the best and the movie that launched Twit Twoo Films into the movie limelight.
Director Tom Stavely said "We really have been on the Road of the gypsys, we just kept making films and never dreamed we'd make it"
Blood & Straw "CrossRoads" gained over 1000 views in its first month before even a trailer or any music videos were released. It stars
Ian W Moody , Tom Stavely , Mark Fox and Ewan Rigg.
Big big thanks to Adrenalin who inspired this films climb to the big time and brought life into Twit Twoo Films long career.

Help us in our quest to return low budget old style horror into the dead publics lives...

View our braindead output from the vaults of wisdom, a series of Feature Length Movies, Short Films, Trailers (Some to things that never were) Music Videos, Outtakes, Deleted Scenes, and stuff that just doesn't make sense @TwitTwooFilmsUK

Our Channel needs your support... https://www.youtube.com/c/TwitTwooFilmsUK

Sponsor Link: https://www.ancientpurity.com
Ancient Purity support our work and our films, why not give them a little support (It helps us) They supply the best in Organic Supplements and Superfoods as well as incredible in-depth advise and information.