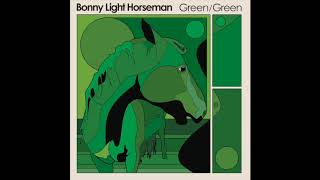 Bonny Light Horseman—the trio of Anaïs Mitchell, Eric D. Johnson (Fruit Bats), and Josh Kaufman (Muzz, Craig Finn, The National)— is pleased to share their new single and live set staple, “Green Rocky Road.” The song is the A-side from a new 7-inch single Green/Green, due out August 7th, 2020, via 37d03d Records and featuring “Greenland Fishery” as the B-side. “We recorded ‘Green Rocky Road’ and ‘Greenland Fishery’ for our LP, but ended up cutting them at the last minute to keep the record simpler (and higher quality for vinyl),” explains Mitchell. “We see the songs as a bit of a pair, they both feature Eric’s banjo playing and lean a little more ‘Americana.’ We’re glad they have a home on Green/Green and are grateful to be able to share music at a time when the world is hurting.”

“Green Rocky Road” is the first new music from Bonny Light Horseman since the late January release of their self-titled debut album (37d03d Records), which was recently named one of the ‘Best Albums of 2020 So Far’ by Paste and Billboard, and earned additional acclaim from Rolling Stone, NPR Music, Pitchfork, NPR Morning Edition, Exclaim! (9/10), Uncut (8/10), The AV Club, American Songwriter, Stereogum, and Brooklyn Vegan, among others. The band also made their national TV debut on CBS This Morning: Saturday Sessions in mid-February.

Produced by Kaufman, Bonny Light Horseman finds the group re-imagining traditional songs and co-writing new ones based loosely on specific sources. From Wisconsin festival fields and a German art hub to a snowy upstate studio and everywhere in between, the astral folk outfit mixes the ancient, mystical medium of transatlantic traditional folk music with a contemporary, collective brush. The resulting album, Bonny Light Horseman, is an elusive kind of sonic event: a bottled blend of lightning and synergy that will excite fans of multiple genres, eras, and ages.