BOYS NOIZE in The Lab NYC 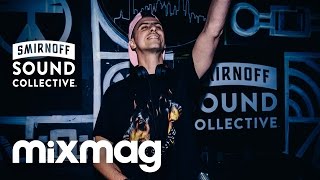 Boys Noize's trademark, heavy industrial sound came when electro was a refreshing outbreak from the norm when it first hit in the mid-2000s.

Since then, Boys Noize has become one of the biggest artists in dance music, collaborating with everyone from A-Trak to Daft Punk to Snoop Dogg and earning praise from Rolling Stone and of course, Mixmag.

Following the release of his album, the producer will debut a brand new live show with HEALTH, Poliça and Venus X. Part of the never before seen setup will make its first US appearance in New York City on July 30 with Jukely Sound Projects.