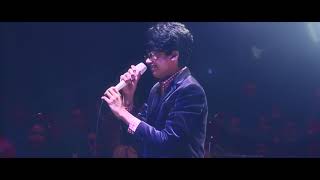 Pianist Joey Alexander is an extremely gifted jazz musician who first came to the public's attention as a prodigy before the age of ten. Born Josiah Alexander Sila in Denpasar, Bali, Indonesia in 2003, Alexander was introduced to music by his father, an amateur musician and jazz aficionado. By age six, Alexander had taught himself how to play piano by listening to albums by Louis Armstrong, Thelonious Monk, Bill Evans, and others. Without formal training, and initially only playing on a small keyboard his father had given him, Alexander achieved a high degree of proficiency. By age eight he was jamming with local professionals, and in 2012 had the opportunity to play for Herbie Hancock, who was visiting Jakarta, Indonesia as a UNESCO Goodwill Ambassador. The following year, Alexander won first place in the Master Jam-Fest in Odessa, Ukraine. In 2014, Alexander relocated with his family to New York City, where Wynton Marsalis invited him to perform at Jazz at Lincoln Center's gala. Several more high-profile shows followed, including appearances at the Apollo Theater, Juilliard, and the Copenhagen Jazz Festival. Many of these performances were widely covered, with viral videos of the proficient Alexander popping up online. In 2015, Alexander released his debut album, the Jason Olaine-produced My Favorite Things, on the Motema Music label. Recorded when Alexander was only 11 years old, the album featured the pianist backed by bassists Larry Grenadier and Russell Hall, drummers Sammy Miller and Ulysses Owens, Jr., and trumpeter Alphonso Horne. Featuring eight standards and one Alexander original, the album garnered Grammy nominations for Best Instrumental Jazz Album and Best Improvised Jazz Solo. A year later he delivered his sophomore album, Countdown. Produced by Jason Olaine, the album featured contributions from bassist Grenadier, drummer Owens, and saxophonist Chris Potter. For his rendition of the John Coltrane-penned title track, Alexander earned a Grammy nomination for Best Improvised Jazz Solo. ~ Matt Collar