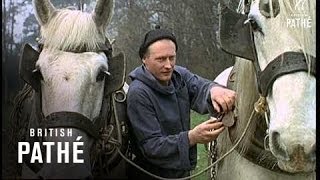 A look at life inside a Benedictine monastery.

M/S of monks in white cloaks entering St. Michael's Abbey. C/U of gargoyles. Various shots inside the Abbey of the monks praying, Father Prior leads the ceremony.