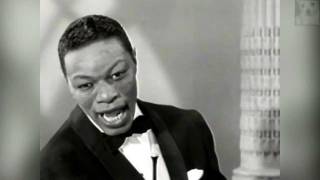 "Mona Lisa" is a song written by Ray Evans and Jay Livingston for the Paramount Pictures film Captain Carey, U.S.A. (1950). It won the Academy Award for Best Original Song for 1950. The arrangement was by Nelson Riddle and the orchestral backing was played by Les Baxter and his Orchestra. The soundtrack version by Nat King Cole spent eight weeks at number one in the Billboard singles chart in 1950. Also, Cole's version of the song was inducted into the Grammy Hall of Fame in 1992. The Billboard sales charts of 1950 also showed significant sales on versions by Dennis Day and Harry James. In 1986, it was used as the theme to the British film Mona Lisa. An uncredited version of Mona Lisa plays in the background of one scene in Alfred Hitchcock's Rear Window (1954). The song was used in the wedding scene of the NBC mini-series, Witness to the Mob, in 1998.

A rockabilly version of "Mona Lisa" (b/w/ "Foolish One") was released by Carl Mann on Phillips International Records (#3539) in March 1959 and reached number 25 on the Billboard Hot 100. Conway Twitty recorded a version of "Mona Lisa" in February 1959, but planned to release it only as an album cut (on an EP and an LP by MGM Records). Nevertheless, it peaked at #5 in the UK Singles Chart in that year.[1] Sam Phillips signed Carl Mann to record his version of the song after the Twitty version began getting radio play in early 1959[4]. This was the most successful single in Mann's career. The melody is slightly different, and the lyrics are also mostly the same as in the original version by Nat King Cole, though a few more phrases are added in that elaborate more on the girl he likes.

The singer Don Cherry recorded a version backed by the Victor Young Orchestra which reached number seven in 1952.

In 1961, this song was covered by Hong Kong female singer Kong Ling (江玲), on her LP album Off-Beat Cha Cha with the local Diamond Records.