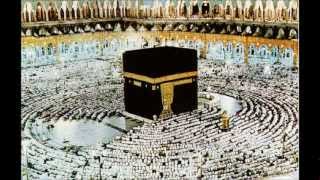 It is written in the commentary of Majma'ul Bayan whoever recites surah Yaseen solely for seeking the pleasure of Allah (s.w.t.), all his sins will be forgiven and he will be given the reward equal to the reward of reciting the whole Qur'an 12 times.

If this surah is recited near a person on his deathbed, then for each letter recited, 12 angels are sent to pray for his forgiveness and they remain even when the soul is being taken by the Angel of Death. The angels also take part in his funeral rites.

If recited near a person who is in Sakarat-ul-Mawt (on the verge of passing away), then an angel brings a drink for the dying person from Jannah and as he drinks of it, he feels greatly eased.

Drinking the water in which this surah has been dissolved cures one of a thousand types of illnesses.

The Holy Prophet (s.a.w.) said that everything has its heart and the heart of the Holy Qur'an is surah Yaseen. He (s.a.w.) also said that if this surah is recited in a graveyard then all punishment is lifted, for that day, from all the graves and the reciter gets the reward equal to the sum of all the good actions performed by all those who are buried in that graveyard.
I
t is narrated from Imam Ja'far as-Sadiq (a.s.) that whoever recited this surah in the morning will be protected from all calamities and problems during the day and whoever recites it at night will be protected from Shaitan by seventy thousand angels. Recitation of this surah saves one from the squeezing of the grave and its other torments. Passing the difficult stages in the hereafter will also be made easy for him.

The sixth Imam (a.s.) also said that drinking this surah after writing it in a mixture of rose water and saffron for seven days (it has to be written once for each day) makes a person have such a good memory that he will never forget what he hears. He will win debates and will gain great respect and status. If given to a woman, her breast-milk will increase.

Keeping this surah in one's possession as a talisman acts as a protection from the jealousy of people. The wearer remains safe from the evil designs of men and Jinn. It also acts as a cure from disease.