The Clash - London Calling at the Museum of London 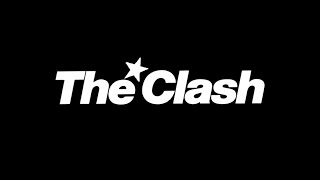 The Clash - London Calling at the Museum of London

When The Clash’s third album 'London Calling' was released in the winter of 1979, it was clear that the band had made an instant classic.

To celebrate this truly London album, the Museum of London will showcase a collection of items from The Clash’s personal archive including draft lyrics, stage clothes, photos and films, giving new insight into their recording process and the making of London Calling.

The Clash: London Calling, which includes previously unseen items, is a free exhibit, opening on 15th November running to Spring 2020.

As well as Paul's iconic broken Fender Precision Bass he smashed on stage at The Palladium in New York City in 1979, you’ll be able to see Topper's drum sticks, Micks' handwritten sequence note and Joe's notebook from the period when the album was rehearsed and recorded and more.

Also on 15th November, Sony will release the London Calling Scrapbook - a 120-page hardback companion which comes with the album on CD and contains hand-written lyrics, notes, photos and previously unseen material from the period when the record was made.

Prior to this, on 11th October 2019 in line with National Album Day, Sony Music will issue the London Calling album, on CD, vinyl and cassette, in a special sleeve highlighting the layers of the iconic artwork by Ray Lowry with photography by Pennie Smith.