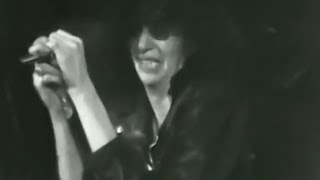 Uploader: The Ramones on MV

Summary:
This powerful and rare recording of the Ramones was culled from the private archives of the late Bill Graham. Recorded three days after Christmas in 1978 at Winterland in San Francisco, it features the seminal punk band in what many feel was its strongest musical period. The band line-up featured here included vocalist Joey Ramone (Jeff Hyman), guitarist Johnny Ramone (John Cummings), bassist Dee Dee Ramone (Doug Colvin), and drummer Marky Ramone (Marc Bell), who had recently replaced original drummer Tommy Ramone (Tamas Erdelyi). Tommy Ramone, a driving force behind the initial band, decided he enjoyed working in the studio more than touring and was now engineering and producing the band's albums.

For this show, all the classics are here, and the band was pumped up, to say the least. The Ramones had just come off the release of their successful late 1977 release, Road To Ruin and were about to see the premiere of Rock N Roll High School, a Roger Corman-produced feature film starring the band. Also during the time of this recording, the band was in the studio with legendary producer, Phil Spector, working on the album that would become End Of The Century.

This recording opens with a fade-in to "Rockaway Beach," which, though incomplete, sets the mood for the entire show. That song is followed by a non-stop barrage of sonic attacks that includes "Teenage Lobotomy," "Blitzkrieg Bop," "I Don't Want You," "Go Mental," "Rock N Roll High School," "I Wanna Be Sedated," "Sheena Is A Punk Rocker," "I Don't Wanna Walk Around With You," and several others.

In true Ramones' style, few of these songs exceed two minutes and 30 seconds, and several clock in at about 90 seconds. Each song shines in its own distinct way, thanks largely to the vocal delivery of Joey Ramone. They also offer some interesting covers, including a remake of the Searchers 1965 hit, "Needles and Pins" (co-written by a pre-Sonny & Cher songwriter, Sonny Bono, and producer Jack Nitzsche), a high-octane re-working of the 1963 Trashmen hit, "Surfin' Bird," and the early '60s pop classic, "Do Ya Wanna Dance." Ending the show with "We're A Happy Family," the band never lets up the energy throughout the entire performance.

Although the Stooges, The MC5, and The New York Dolls cut the pathway that most punk bands would follow, The Ramones were arguably the most important American punk band because of their widespread popularity and long-standing musical legacy. Formed in 1974, the band released their debut LP in 1976 and remained active until they completed the 1996 Lollapolooza Festival Tour. They energized the Manhattan club scene with a raw intensity that in 1974 and '75, helped put New York havens such as CBGBs and Max's Kansas City at the forefront of a brave new musical scene. The band continued through into the early 1980s as punk's premier band, but their popularity dwindled as the techno movement took hold and MTV took over the music industry.

They would remain together with Joey and Johnny Ramone and other members coming and going through 1996, despite the fact that Joe and John had longstanding differences and hardly spoke to each other during the last four years the band was together. Sadly, within three years, between 2001 and 2004, Joey, Johnny, and Dee Dee Ramone would all be dead. Joey and Johnny died of cancer and Dee Dee died of a heroin overdose.

Today, the Ramones are considered the quintessential American punk band.